Vans Sneakers and the Skateboarding Culture

Skateboarding was called sidewalk surfing when it first debuted in southern California in 1958. Riding a wooden board with roller skate wheels attached to the underside, skateboarders were able to surf on land. Some people chose to make their own skateboards, although these primitive boards often led to injuries. Skateboarding has a long and fascinating history as it's rolled its way through popular culture. A skater wearing Vans shoes, baggy clothes, and a backwards cap is a common sight on social media, and the sport has its own celebrities, films, and skate inspired music, shoes, and fashion.

History and Evolution of Skateboarding

Skateboards were being mass produced by 1962, and it was possible to find them in many stores. In 1972, Frank Nasworthy invented urethane wheels, which created a smoother and safer ride. Urethane wheels are still used in today's skateboards. In 1978, Alan Gelfand came up with the "Ollie," which is a popular trick that remains the foundation of many skateboarding tricks still performed today.

Vertical skating was originated by the zephyr team of skateboarders, including the Z-Boys or the Dogtown Boys. Dogtown Boys were from south Santa Monica in a lower-middle class neighborhood, and Z-Boys were the 12 members that made up the first Dogtown skateboarding team in the mid-70s. This group of kids discovered that it was possible to skateboard in an empty swimming pool, thanks to the smooth walls that gave them new ways to be creative with their skateboarding tricks. The original Z-Boys included some people who became famous, such as Chris Cahill, Jay Adams, Tony Alva, and Stacy Peralta. Tony Hawk was the first person to launch himself off from the side of an empty swimming pool into the air. At this point, skateboarders realized that it was possible to achieve new feats.

Skateboarders who didn't have empty pools or skateboard parks might use homemade ramps made out of two-by-four ramps that were designed with shapes similar to backyard pools. Vertical skating gained popularity thanks to international competitions and media attention, although street skating was more accessible for most skaters. During the 80s, skating was popular, but its popularity waned briefly during the 90s before it began enjoying a resurgence in popularity. 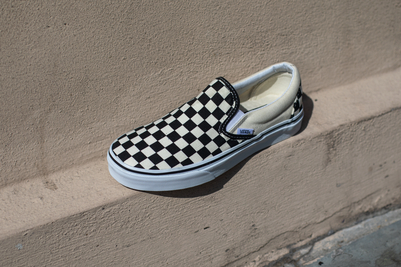 Skating has an association with carelessness and danger. When compared to those who rollerblade, bike, or ride scooters, skaters tend to be marginalized. However, skating is not just a sport or a method of travel. Skaters tend to appreciate creativity and risks. The sport is known for its freedom, because there are no penalties or referees involved. Skating subculture involves hierarchies of authenticity, which align with skater values. Many skaters consider street skating to be the more authentic type of skating, because it doesn't happen in designed skate parks.

Skateboarders tend to express creativity and empowerment, and street skaters enjoy skating in "found spaces" instead of skate parks designed and constructed for the sport. Finding new places to skate is exciting for street skaters, and it's especially thrilling to skate in places where skating is prohibited. Experimenting with various tricks in places not designed for skating has contributed to the deviant reputations associated with many skaters. Skateboarding does carry risks for physical injury, and parental supervision is often absent.

The Pioneers of Skateboarding and Famous Skateboarders

Famous skateboarders include skaters such as Tony Alva and Jay Adams. Tony Alva may not have invented skateboarding, but he is widely accepted as one of the sport's pioneers. Alva was one of the Z-Boys, and he was actively skating during the 70s when skateboarding gained worldwide momentum. Jay Adams was also a member of the Z-Boys, and he gained notoriety for his flowing style. Nyjah Imani Huston is a more recent skateboarder who competed in 11 X Games and has won more prize money than any other skateboarder.