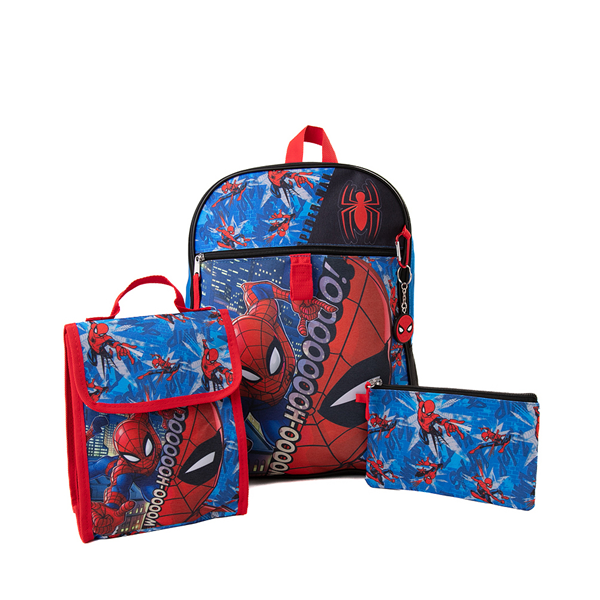 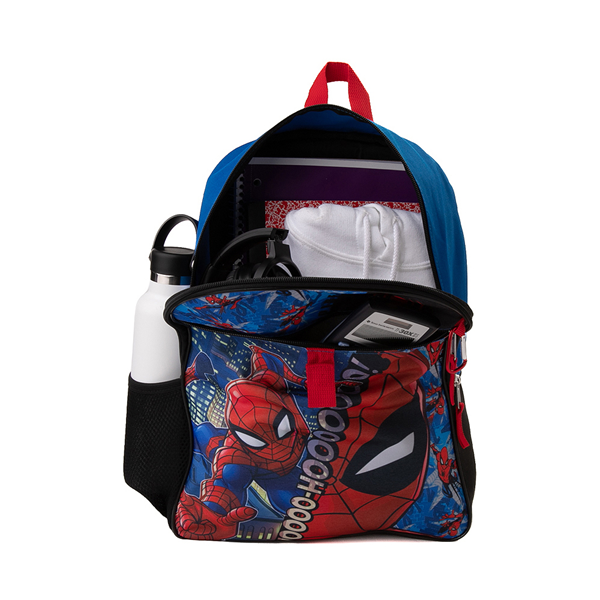 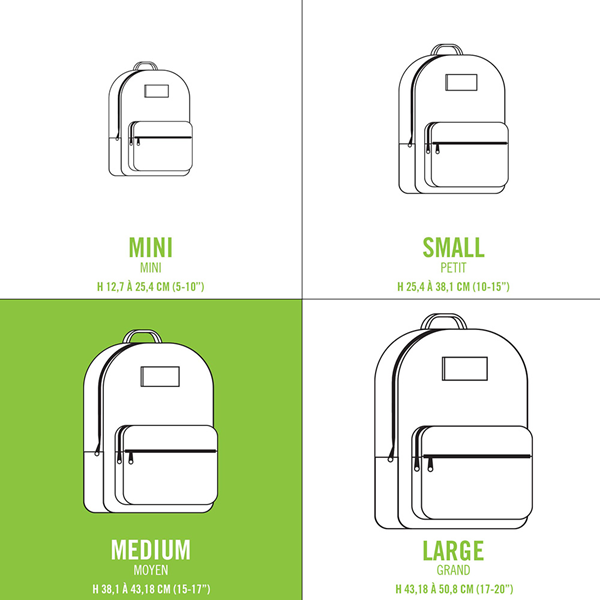 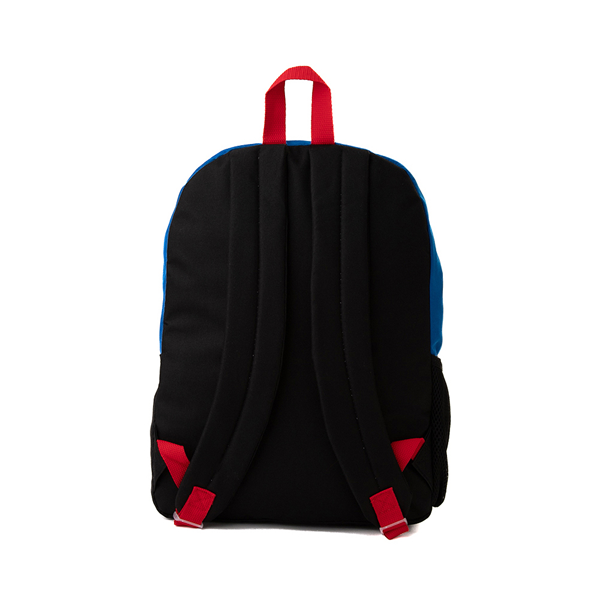 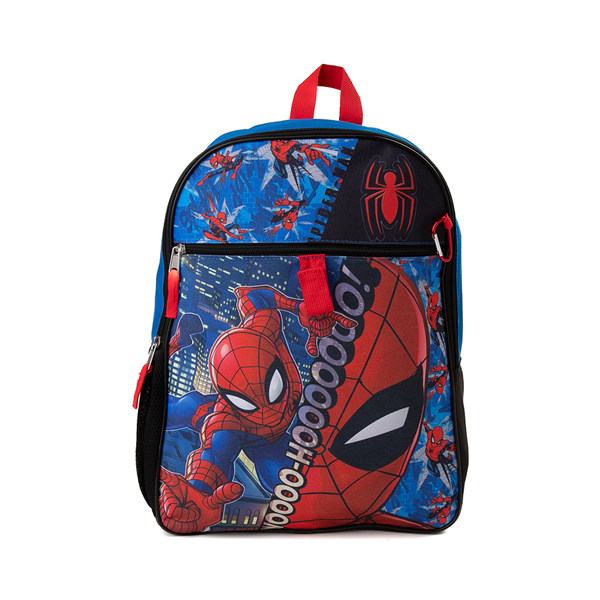 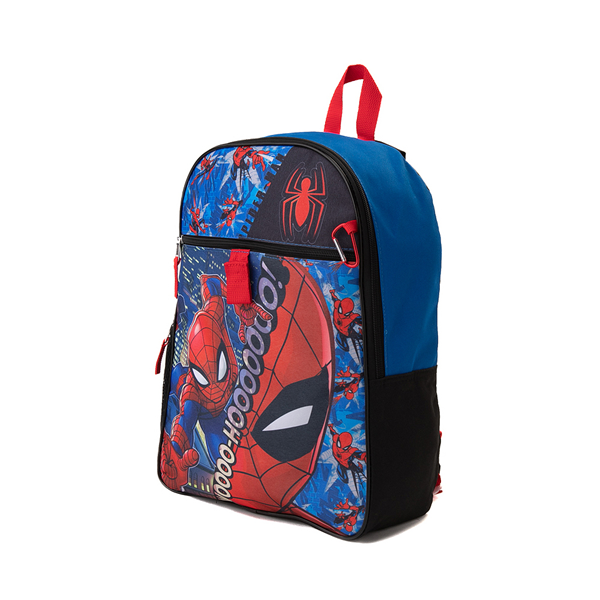 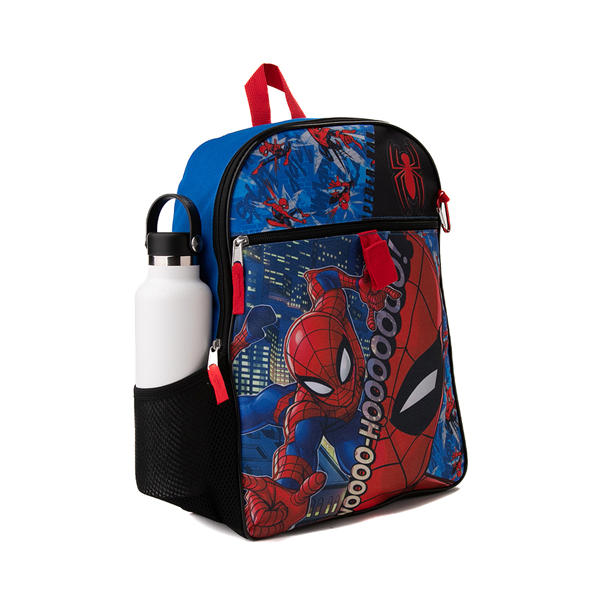 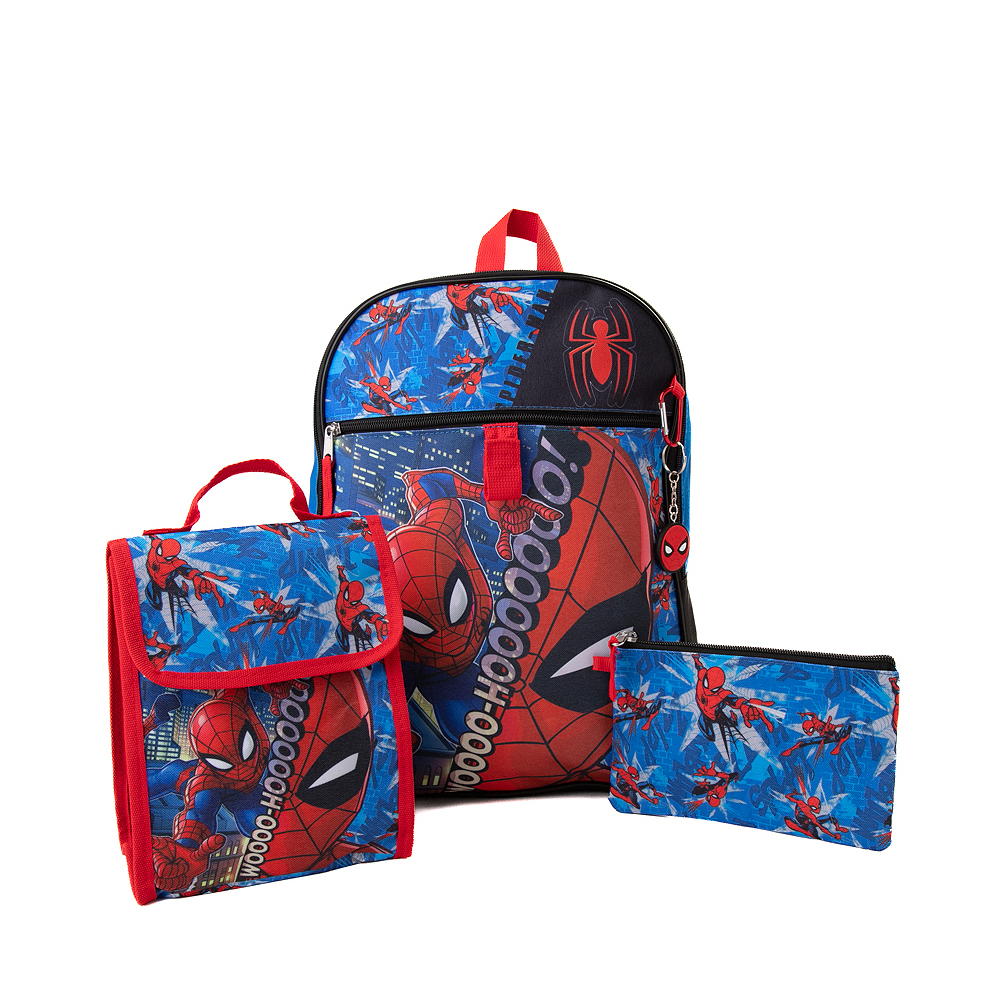 This product is only available in store. Please contact your local store for availability.

Tune into your Spidey-Sense with the new Marvel Spider-Man Backpack Set for kids! This striking bundle includes a durable backpack with two zippered compartments, fully insulated lunch bag that attaches to the backpack for an easy carry, and zippered accessory pouch.

Marvel Comics was originally founded in 1939 and was then known as Timely Comics. Timely Comics introduced several super hero characters such as the Human Torch. These characters proved to be rather successful and gained popularity throughout the United

With World War II gaining obvious social traction and importance, Timely introduced what would be a mega-hit, Captain America. Captain America and other Timely heroes of this time were often confronting Nazis and other worldwide evil and enemies.

Stan Lee briefly was the lead editor until interrupted by his service in World War II, after which he would return and serve for several more decades.

After World War II however, interests and styles were changing. The costumed super heroes that were popular were steadily declining while other themes were emerging. During the 1950s Timely became known as Atlas Comics.

Comic books surged in popularity and Marvel Comic books emerged from its ashes. Stan Lee introduced the Fantastic Four in 1961, following a path paved by DC Comics and their own super heroes. Superman, the Hulk, X-Men and Iron Man were all created in subsequent years and would of course go on to great critical acclaim and long lasting popularity.

Show us your kidz style by tagging us @journeyskidz on social media.

Scan QR Code with phone to try the shoes on